Racing drones / FPV drones require very delicate operations compared to aerial photo drones such as DJI and Parrot. In order to fly properly, practice with a simulator is indispensable.
A software called “VelociDrone” has been released as a typical Racing drones / FPV drones / Tiny Whoops simulator. We will explain the procedure from purchasing, downloading, installing on Windows 10 PC, and how to fly VelociDrone.
FPV drone racing simulator VelociDrone - Scene : Countryside / Track : MICROPlayground Watch on YouTube

Here I give you the simple flight simulator.
Now you can fly only around 80km squere of Japanese most famous mountain : Mt.Fuji. You can ride and control B747 Jumbo-Jet. Now collision check is not performed then aircraft can fly through ground :-) This is toy program now, not a GAME.
This program support input from keybord and joystick. Keybord control is similar to MS's FS. But more easy.
Terrain data used in this program was generated by self-made tool from Digital Map 1km grid produced by Japan Geographical Survey Institute.
This program is freeware. 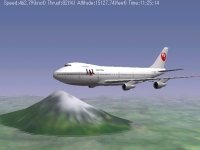 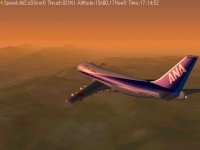 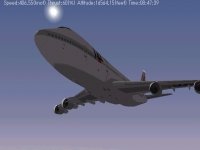 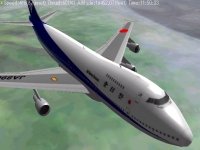 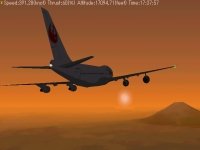 This program is compressed with Zip format. If you do not have Zip tool, prease try WinZip or other.
This file was verified for no infection of computer virus. This was checked by McAfee VirusScan V4.5.1 SP1(Data 4.0.4246/Engine4.1.60).

There is no installer for this program. Just uncompress the archived file in any holder, then run !!
If your OS is Windows2000,WindowsMe,Windows98SE, then you must install DirectX(version 8.1 or later). Please get DirectX from Microsoft DirectX page. If your OS is WindowsXP or later, DirectX8.1 was already installed. You don't need install again.

Double click "fuji.exe" to start simulator. And push "Esc" key to end this game.
Help documents is in the "fuji.chm" file, but sorry only Japanese now. Key operation is based on Microsoft's flight simulator.

This program NOT change any system datas like registry and so on. So you can uninstall with just deleting the holder uncompressed.

More informations are on Readme.txt and fuji.chm help file in the archive.

This program is freeware.

This software, and all accompanying files, data and materials, are distributed "AS IS" and with no warranties of any kind, whether express or implied. Copyright (C) 2002 by ApolloManiacs. All rights reserved. No part of this program , data , textures may be copied or distributed, transmitted, transcribed in a retrieval system or translated into any computer or human language in any form by any means without permission of ApolloManiacs.